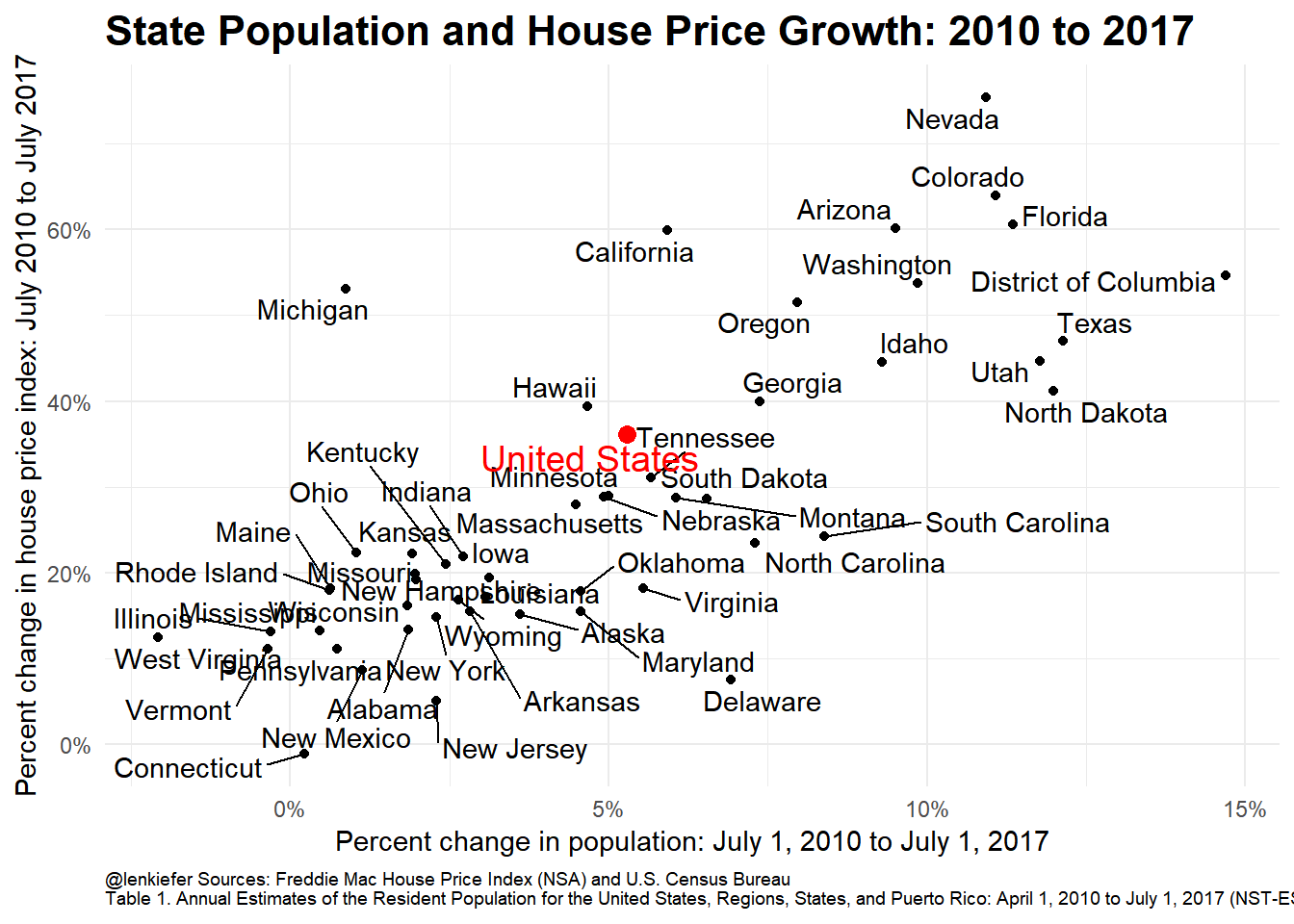 It’s also intersting to look at the time series trends via a connected scatterplot. The plot below shows the cumulative percent change since 2010 for population and house prices for the Uniteted States. 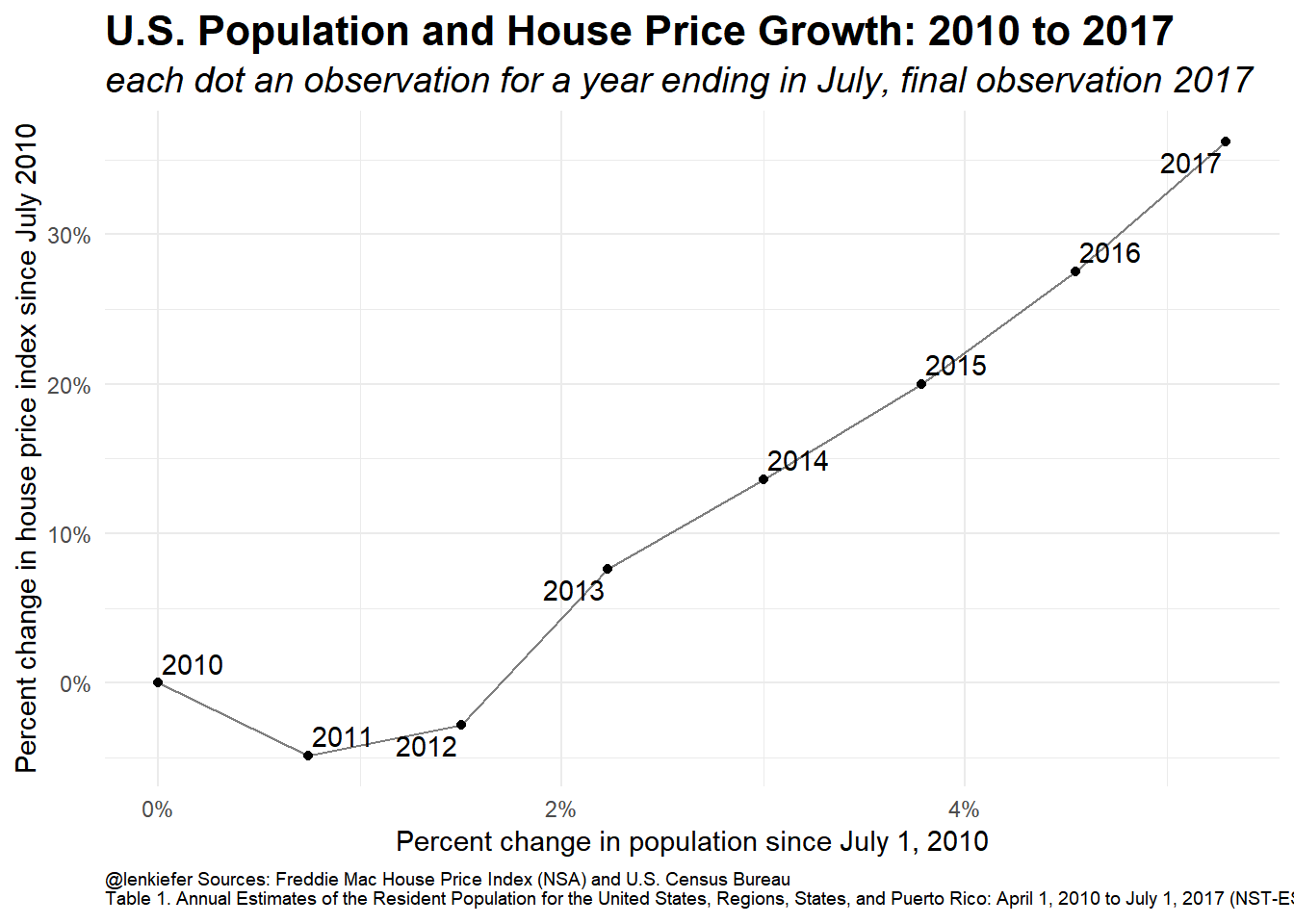 Another way to show it is to use a small multiple of scatterplots: 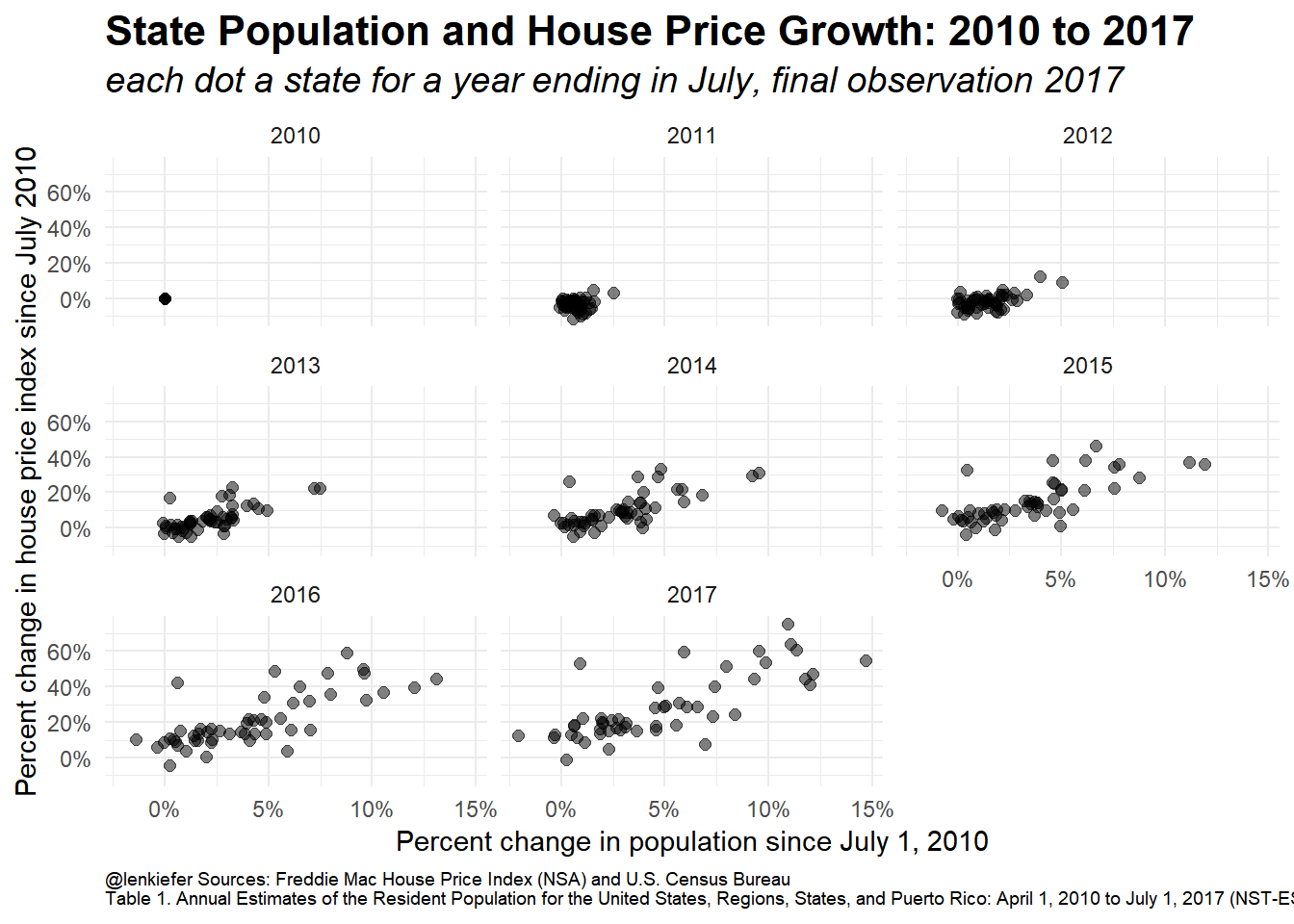 Another way to look at these data is to use a bar plot. 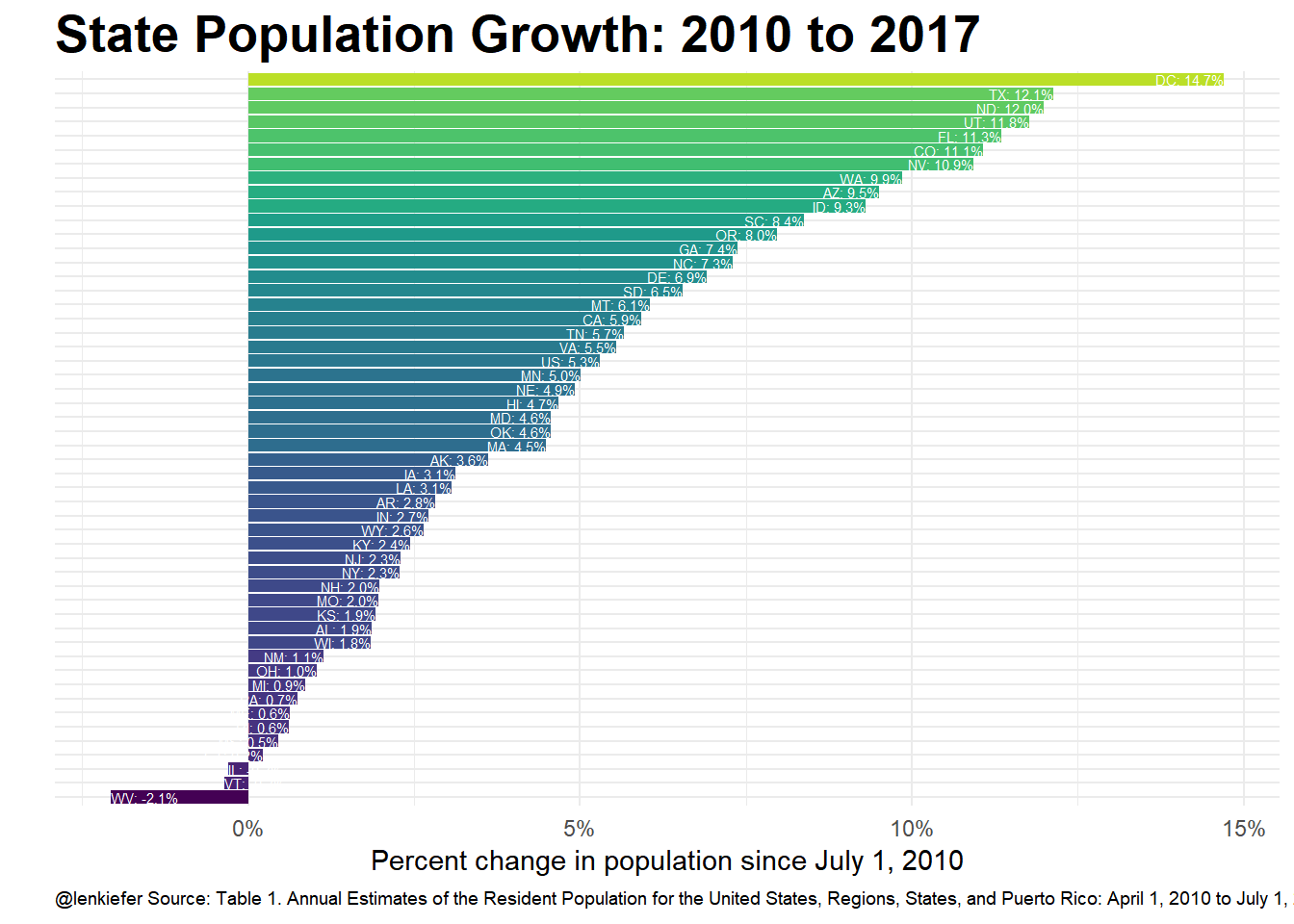 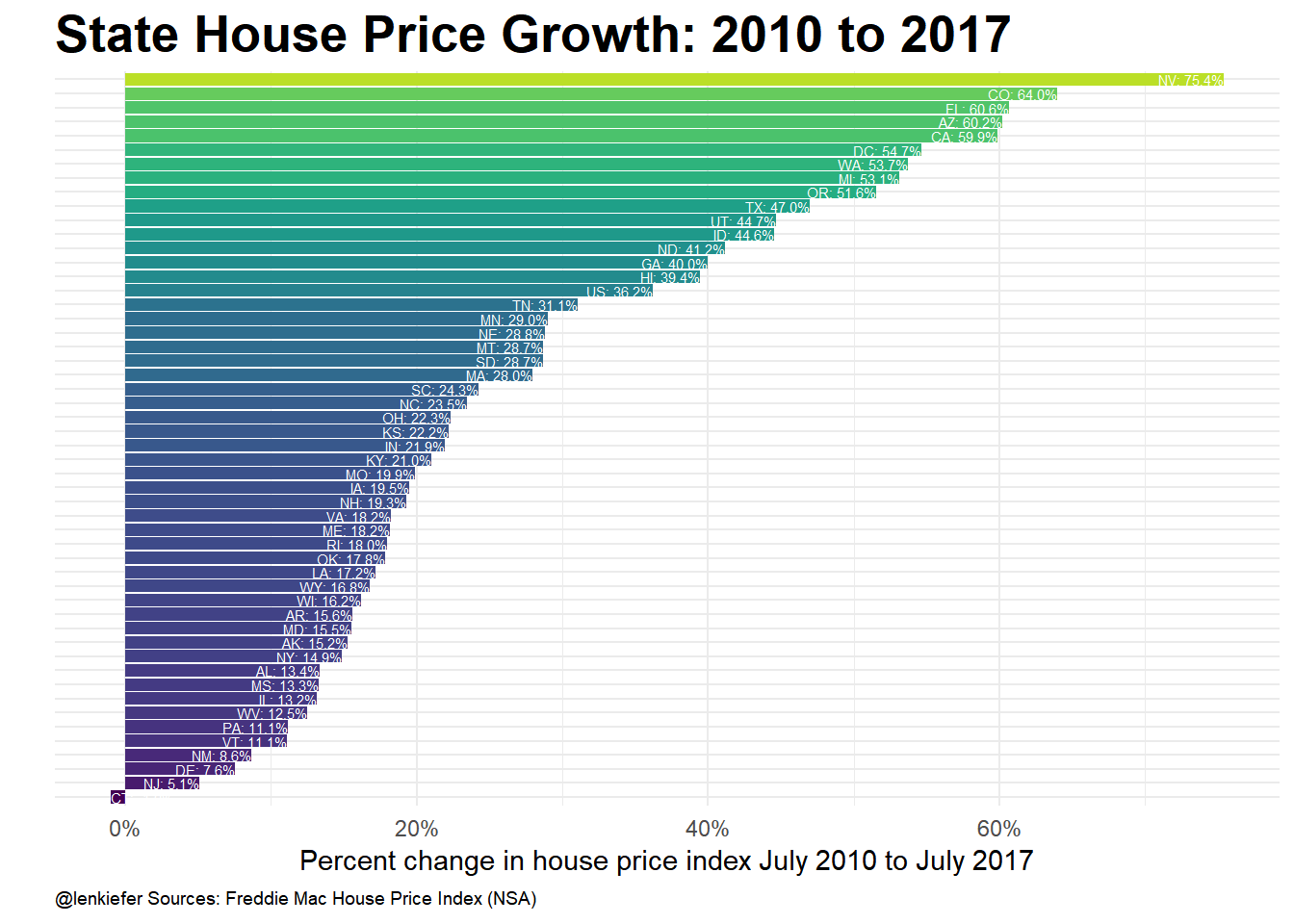 Correlation does not equal causastion, though there’s good reason to believe that population growth is driving house price gains in markets that have struggled to increase housing supply. See for example this post with an interactive Tableau dashboard showing state and metro trends with data through 2016.